Dolby Laboratories today announced that it has acquired Millicast, a WebRTC-based developer platform for building ultra-low-latency video streaming experiences, as it works to build out its developer platform.

The promise of Millicast, which was founded in 2018, is that it can deliver content across the globe in broadcast quality and with sub-second latency. The company says its customers range from broadcasters, conference organizers and concert venues to online gambling companies and auction houses, all of which require high-quality, low-latency streams. Users can opt to stream from the company’s web-based dashboard or through the popular OBS Studio desktop app — or from any RTMP-enabled service, including Zoom.

It’s worth noting that this is very much an enterprise product, with monthly prices starting at $495, with 500 GB of CDN bandwidth included.

While you are likely familiar with Dolby because of its audio codecs, the company has been working hard on building out a developer ecosystem to allow others to integrate its audio and video expertise into their own products.

Back in 2020, the company launched Dolby.io with a couple of audio APIs. Today, it offers a wide range of APIs that give developers tools to build anything from audio mastering solutions to transcoding services and live streaming tools. Unsurprisingly, the company plans to use the Millicast acquisition to strengthen its live streaming portfolio with its low-latency broadcasting capabilities.

“For Dolby, this acquisition is about expanding the opportunities for developers and businesses, bringing Millicast ultra-low-delay streaming to complement the already rich capabilities of Dolby.io,” a company spokesperson told me. 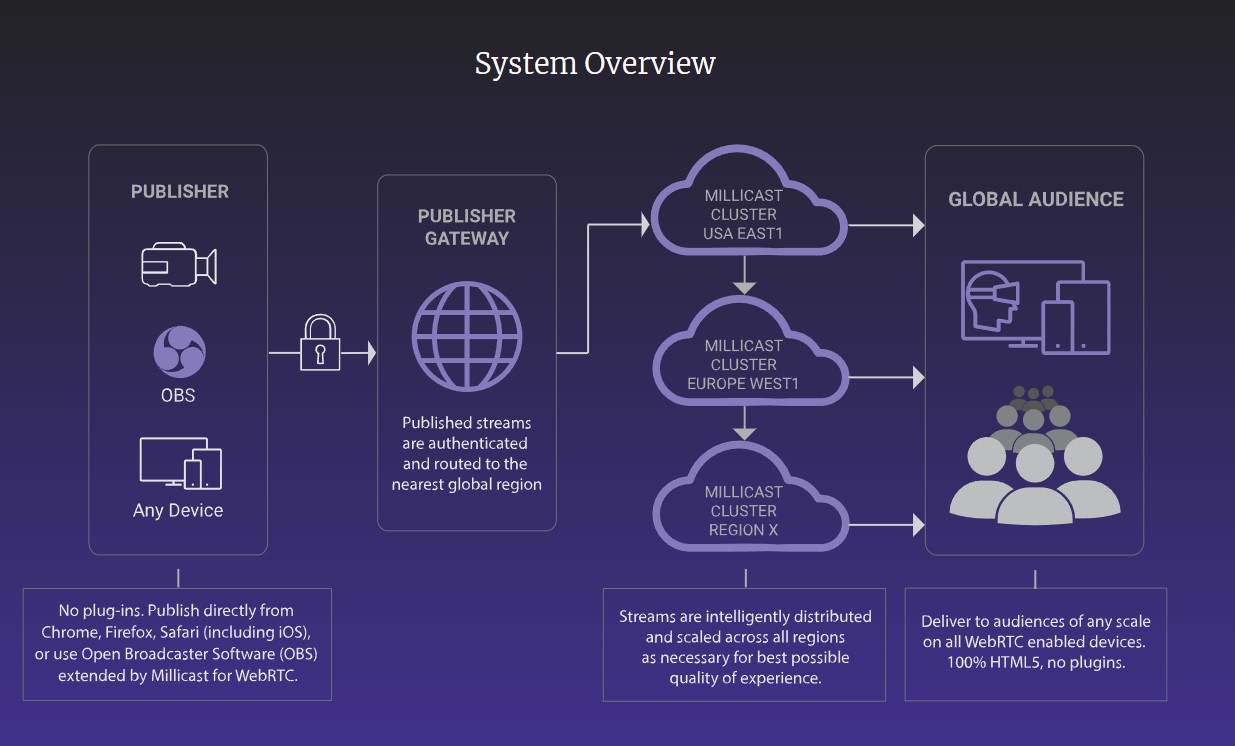 Millicast’s current customers will continue to get access to the same functionality they have become accustomed to through the Dolby platform and the company tells me that there is already considerable overlap between the two companies’ customer base.

“Dolby and Millicast share a passion for enabling the future of lightning-fast, crystal-clear content streamed to thousands of participants,” said Millicast CEO Alexandrine Platonoff. “Together, we have the opportunity to bring ultra-low latency to a global customer base and empower them to build virtualized, massive audience experiences that feel almost as if you were there. We’re excited to become a part of Dolby and can’t wait to see what we build together.”

The two companies did not disclose the price of the acquisition. The company was seemingly doing quite well though in recent years, with entrepreneur and investor Keith Teare recently sharing that it grew revenue by over 300% in 2021.